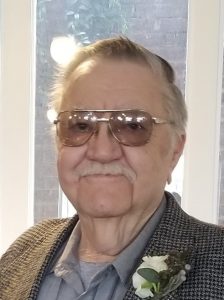 John was born May 24, 1936, in Winona, Minnesota to Elmer and Dorothy (Strubel) Marking.  Following his education, John entered the United States Air Force and served for four years.  On November 11, 1959, he married Angeline Smolik in Schuyler.  They had three children, Kevin, Kelly and Connie.  They later divorced.  John worked for several propane companies over the years, retiring from Ferrelgas in Columbus after 42 years.  After retiring, he worked part-time for Husker Coop and Frontier Coop retiring again in 2015.  Driving trucks was something he always loved to do.  He enjoyed most sports on TV, especially NASCAR, Nebraska Women's Volleyball and Big Red Football.  John loved to visit and could be found conversing with friends over a "pepsi" in his favorite local watering holes.