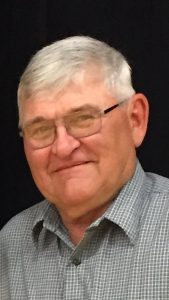 all at the church

Gary was born February 24, 1951 in Columbus, Nebraska to Lambert and Ann (Cisler) Brabec. He attended Leigh Community School and graduated in 1969. On August 31, 1974 Gary married Charmayne Baumert at Ss. Cyril & Methodius Church in Clarkson. They made their home north of Leigh on the family farm. During his lifetime his love of farming showed as he grew crops and raised livestock. He was always ready to help a neighbor and was never afraid of hard work. He also drove a school bus to many different activities. Gary was a member of the Rural Fire Board, a founding member of the Leigh Knights of Columbus Council #9898 and an active member of St. Mary’s Catholic Church in Leigh. Gary was always ready to visit with neighbors and friends. His stories, especially those of his children and grandchildren, lit up his life.

He is survived by his wife Charmayne of Leigh, Children & Grandchildren: