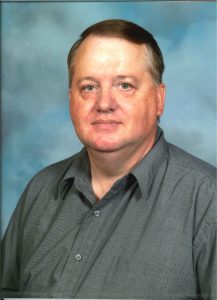 Visitation 5-7 P.M. Wednesday, prior to the service

In Lieu of flowers memorials may be directed to the family

Michael was born January 20, 1954, in Bluefield, West Virginia, to Alvin and Hazel (Hall) Rogers.  Following High School he entered the United States Navy, serving during the Viet Nam War.  On November 3, 1973, he married Sharon Barnes at the First Baptist Church in Columbus.  They lived in David City and Michael worked as a jailer and dispatcher for the Butler County Sheriff.  He served on the City Council for 8 years, was past commander of the American Legion Post in David City, co-founder with Frank Keith, of the Avenue of Flags and currently belonged to Rejda Post #273 of the American Legion, in Brainard.  He was a member of Redeemer Lutheran Church in David City.  Michael loved his job and treated all prisoners in his care with respect.  He enjoyed nothing more than spending time with his family.