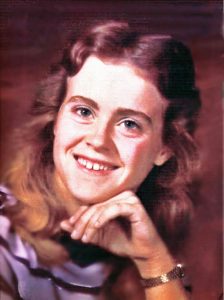 She was raised in David City/Rising City area. She graduated from David City High School in 1984. In 1988 Teresa married Steve Rountree. A daughter, Amber, was born from this union. They were married for only two months when a tragic accident took Steve’s life. In 1993, Teresa had her second daughter, Ashley.

Teresa enjoyed fishing and camping with her daughters, and spending time with her grandchildren. She also loved horses and enjoyed playing backyard golf with her brothers, nieces and nephews.

She is preceded in death by her husband, Steve Rountree, and her father Emil W. Kouba.