at the Butler County Healthcare Center in David City. 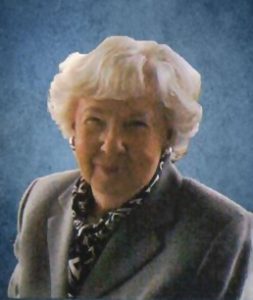 Reception following the service, at Winfield's in David City

Memorials are requested to Bone Creek Museum of Agrarian Art, in David City,

in lieu of plants and flowers.

Mrs. Trowbridge was born February 19, 1923, in Alta, Iowa to Chris and Linnea Olsen.  She attended the Alta Public Schools, graduating in 1940 as Valedictorian.  She then attended the Grand Island Business College.

Vivian married Dana E. Trowbridge on August 11, 1943.  Prior to her marriage she worked as secretary to the President of Consumers Public Power District in Columbus, Nebraska.  After their marriage, she worked as accountant for Trowbridge Motors from 1946-2003.  Vivian was a member of St. Luke's United Methodist Church, P.E.O., Owls Club and several bridge groups. Vivian was also a member of Bone Creek Museum from it's inception and a valued volunteer at the museum.