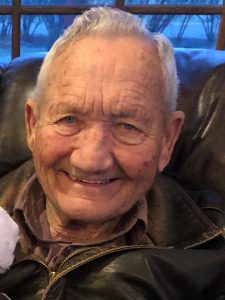 Thomas J. Topil was born September 17, 1935 in Butler county, Nebraska to Joseph and Lillian (Zavodny) Topil.  He attended school in Rising City and graduated from Rising City High School.  On December 20, 1958 Thomas was united in marriage to Jolene Shunk in Rising City.  Thomas served in the United States Army from 1956 to 1958.   He had worked for Behlen manufacturing for many years and later operated the grocery store in Rising City for several years.  He also had worked for the Butler County Roads Department.