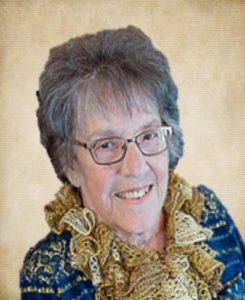 one hour before service at the church Wednesday

Sharon Kay (Neuhaus) Kracl was born March 16, 1942 in Omaha, Nebraska to Harold and Lucille (Wolf) Neuhaus.  She graduated from Clarkson High School in 1960.  On September 15, 1962, Sharon was united in marriage to Richard Kracl at the New Zion Presbyterian Church in Clarkson.  In the early 1980's she graduated with her LPN degree from Platte College, and then worked at the Schuyler Hospital.  Sharon was also active on the Schuyler Rescue Squad for many years.  Sharon was a member of the First Presbyterian Church in Schuyler, where she served on the sessions.  She worked as a Para Educator for Schuyler Community Schools.   She enjoyed all activities with her grandkids and great grandkids.  She also enjoyed camping and her summer water aerobics classes.

She was preceded in death by her son Brad L. Kracl in 1989, parents Harold and Lucille Neuhaus, mother and father-in-law Frank and Eloise Kracl.