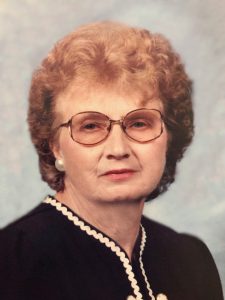 Visitation one hour before mass at church Wednesday

Jarmilla was born January 25, 1939 in David City, Nebraska to Anton L. and Helen (Pokorny) Sabata.  She attended a rural country school near her home, later attended David City High School for 2 years and graduated from Marietta High School in 1957.  On April 18, 1959 she was united in marriage to Joe A. Hanis at St. Mary's Catholic Church in David City.  She lived her entire married life with Joe on the farm east of Bruno, where they farmed and raised livestock side by side.  Jarmilla was a member of SS. Cyril & Methodius Catholic Church, Plasi and a member of the Plasi Altar Society.