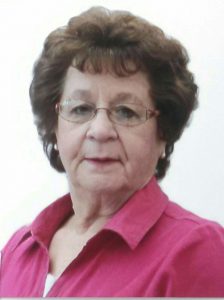 Memorials in care  of the family

Margaret Marie (Osantowski) Richards was born on February 22, 1944 to Edward and Marie (Nemec) Osantowski. She grew up on a farm near Bellwood the only daughter of 5 children.

She attended Marietta school until its closing in 1961. She completed her senior year in high school at David City High School graduating in 1962.

Early on she had a love for cars and stock car racing winning many powder puff races and numerous decades supporting her families love of racing. She was also a charter member of the Midwest Street Rod Association in Columbus Ne. She was an entrepreneur in her life time working mostly in the automotive industry.  She enjoyed oil painting, quilting, thrifting, collecting, antiquing, reading, traveling, bingo, going to the casinos (she had a nak for numbers) and daily coffee time with her friends.

She battled Lymphoma with chemotherapy treatments at the Buffet Cancer Center for 6 months until her body lost the ability to fight on November 22.