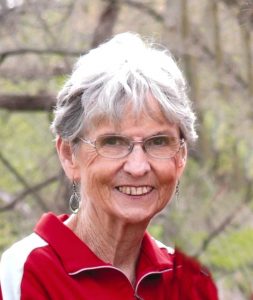 Monday one hour prior to services, at the church

Pauline L. Gustafson was born June 14, 1938, in Palmer, Nebraska to Merrill and Leona (Campbell) Swanson.  She graduated from High School in Mead and went to work at Mutual of Omaha.  On April 23, 1960, she married Dennis Gustafson at Alma Lutheran Church in Mead.  She worked as a librarian at Mead Elementary Schools and in the cafeteria in David City Schools until retiring.  Pauline was a homemaker and loved gardening, camping, sewing, attending Bluegrass Festivals and most of all loved the time spent with family, especially the grandkids.  She supported the kids in all their activities.  She was a member of St.  Luke's United Methodist Church.