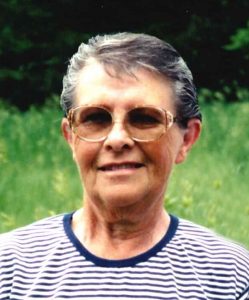 Committal in the Abie National Cemetery

Memorials to the Abie VFD or Abie National Cemetery

Dorothy was born September 4, 1931, near Brainard, Nebraska to Theodore and Frances (Osmera) Pecha.  She received her education in Brainard area schools.  On March 24, 1953, she married Lloyd C. Hajek in Bruno.  They lived on a farm near Abie and she was a true farm wife.

Dorothy is survived by numerous friends and family and was preceded in death by her parents and husband, Lloyd.