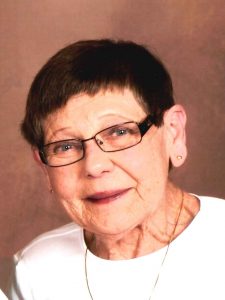 Lunch following at the church

Gayle Louise (Longacre) Ladehoff was born on September 5, 1942 in Columbus, Nebraska.  She was the second child to Pauline (Holoubek) and Ted Longacre of Schuyler.  She attended Schuyler Schools and Lincoln School of Commerce.   On August 26, 1961, she married Harold R. Ladehoff.  They lived in Schuyler most of their lives, moving to Lincoln in 2012, and she passed away at home in Lincoln.

While living in Schuyler, the Ladehoffs operated the State Farm Insurance Agency.  They were active members of the Schuyler community, including St. John’s Lutheran Church, Schuyler Chamber of Commerce, Masonic Lodge/Eastern Star and many other groups.  At the time of her passing they were members of United Lutheran in Lincoln.