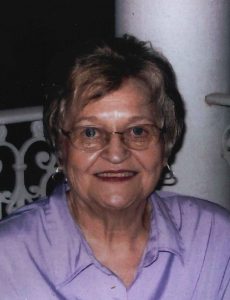 IN LIEU OF FLOWERS THE FAMILY REQUESTS MEMORIALS

Velda Marie Olson was born September 8, 1940, near Leigh, Nebraska to Oscar and Hulda (Lueschen) Michaelsen.  She attended area schools and graduated from Leigh High School.  On April 19, 1959, she married Victor O. Olson at Christ Lutheran Church, rural Columbus.  They lived and raised their family in the Leigh area and moved to Columbus in 2005.  Velda was a housewife and very involved  in the Leigh community.  She was a member of Zion Lutheran Church where she had served as Church Secretary, organist, choir member and was a member of the Sewing Circle.  Velda was also involved in the Keynoters , a local singing group, and she and Judy Blessen were instrumental in starting the pre-school and day care at Zion which still operates to this day.