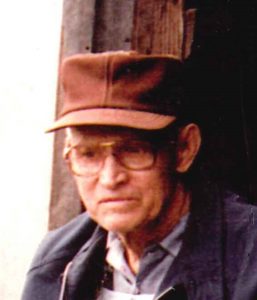 Elmer Mach was born near Prague, Nebraska on May 4, 1920, to Joseph and Jessie  Mach.  He attended schools in the Prague area.  He served in the United States Army for over 4 years during WWII.  Following basic training he was involved in the North African Campaign with the 608th Artillery Regimen and was later involved in the Italian Campaign with the 687th Munition Company.  Elmer received the Purple Heart after being wounded in Italy, the American Defense Medal, Good Conduct Medal, WWII Victory Medal, American Campaign Medal and three battle stars.

Following his discharge from the Army he attended and graduated from Stevenson's Mechanical School in Kansas City.  Due to his war injuries, he was unable to fulfill that career and returned to farming.