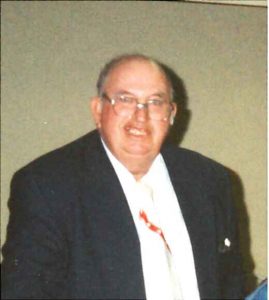 Elmer Goodell Grubaugh the son of Richard “Hurkey” and Edna (Smith) Grubaugh was born at David City Nebraska on November 13, 1934.  He attended David City Public Schools, worked on farms, and was employed with the Nebraska Dept. of Roads for 38 years.  He had resided at St. Joseph’s Court and Villa for the past 5 ½ years.

He is survived by a sister, Luella Byam of David City; sister-in-law, Marlis Alderman of Wahoo, and nieces and nephews.