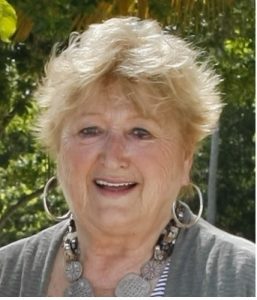 Committal in the Schuyler Cemetery following the service

A luncheon will take place at the Schuyler Country Club

Memorials are suggested to the Colfax County Senior Center or NET

A complete obituary will be available on Saturday, November 19th.

Sibylle Ruth "Cyd" Trofholz, was born February 4, 1940, in Breslau, Germany, to Gerhardt and Barbara(Muller) Mittelsdorf. Gerhardt died while Cyd was an infant and the father she knew throughout her life was Ernst Freitag. Her family moved to the United States where Cyd attended schools in Schuyler and graduated from Schuyler High School in 1958. She married Keith Moore in 1959 and they had three children.  On November 14, 1995, she married Leroy Trofholz, who filled her life with great happiness and joy.  Cyd worked as a legal secretary to Ed Asche and George McNally and was later employed as an underwriter for Farmers Mutual Insurance. Cyd enjoyed gardening, had a love of flowers, quilting, traveling and was an avid card player.