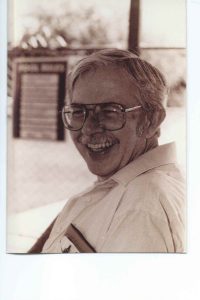 Donn K. Bieber was born January 27, 1935 in Osborn, Kansas to August and Elsie Mae (Chapman) Bieber. His family moved to North Platte, Nebraska during WWII. He is a graduate of North Platte High School, Kearney State College and the University of Nebraska College of Law. In 1966, he accepted a position with attorney L.F. Otradovsky in Schuyler and practiced law in the Schuyler community until his retirement. In 2015, he moved to Lincoln where he lived until his death.

In 1973, he married Barbara Bitterman and they made their home and life together in Schuyler. They have one daughter, Erika. Donn was active in the Schuyler community with First Presbyterian Church, the Masonic Lodge, Shriners, Sertoma, Rotary, and the Chamber of Commerce.

Donn is preceded in death by his wife, Barbara in 2009, his parents, siblings Dean Bieber, Carl Bieber, Ruth Waller. He is survived by his daughter, Erika Schafer, son-in-law Dan Schafer of Lincoln, and beloved grandchildren Daniel, Benjamin, and Sara. He is also survived by his brother Dale (Marie) Bieber of Tucson, Arizona, sister Anne Fhuere of North Platte, sister-in-law Marcia Bieber of North Platte, and many loved nieces and nephews.

Memorials are suggested to First Presbyterian Church of Schuyler, the Schuyler Senior Center, or the Masonic/Eastern Star Home for Children of Fremont.