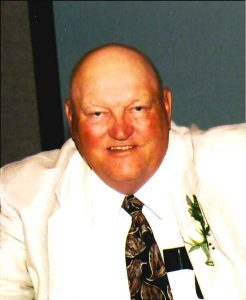 In lieu of Thank You cards, a donation to charity will be made by the family.

Arnold was born November 13, 1931, in Ashton, Nebraska to Richard and Emily(Koslicki) Jakubowski.  He graduated from Ashton High School, graduated from Kearney State College with a BS in Education and later earned a Masters Degree in Education from UNL.  In 1953, Arnie was drafted by  the United States Army and New York Yankees, the Army won and he served during the Korean Conflict.  On April 28, 1953, he and his high school sweetheart,  Shirley Post were married in Ashton.  They were stationed in Colorado and returned to Ashton  where he taught school, coached and became the Superintendent. In 1964, Arnie, Shirley and their six children moved to Howells where he served for 31 years as Superintendent and 5 years as Superintendent of Dodge/Howells Public Schools.  He was passionate about public education and sports, promoting excellence in both.  He loved watching young people excel in their endeavors.  Arnie was very active in the Nebraska School Activities Association, the Nebraska Association of School Administrators and various other Educational Professional Organizations.  Active in the Howells community, he served on the Parish Council of Sts. Peter and Paul Catholic Church, the American Legion, Howells Community Catholic Schools, Howells Community Club, volunteer Fire Department, Arnie's Poker Club and the Knights of Columbus, serving as Grand Knight from 1997 to 1999.  The Jakubowski family was honored by the Knights of Columbus in March as KC Family of the year.  After retiring, Arnie served as Howells City Clerk. Arnie and Shirley were deeply committed to their faith, family and community and truly loved entertaining family and friends.

Surviving is his wife, Shirley of Howells, their six children;Larry and Pat of Howells, Deb and Elton Roland, Omaha, Dick and Cheryl of Norfolk, Cary and Sue of Howells,    Stacy and Mick Longacre, Omaha and Jenni and Jeff Berney of Holdredge, 15 grandchildren, 13 great-grandchildren and a sister-in-law, Judene Jakubowski of Ashton, 3 nephews and 1 niece.  He was preceded in death by his parents, one brother James and in-laws Charles and Helen Post.

Arnie and Shirley enjoyed watching all activities of the grandchildren and great-grandchildren with "Jake" cheering on all their favorite teams, the Jaguars, Huskers, Cubs, Royals, and Creighton Bluejays.  If there were rain outs, he watched westerns. He was truly a great role model for everyone.