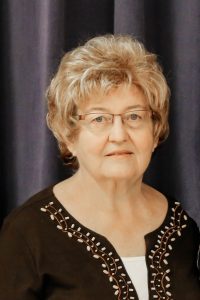 Lunch following the committal, in the church hall

She graduated from David City Aquinas in 1965 and began working at Dale Electronics in Columbus.  On August 20, 1966 she married Ernest Stara and lived on their farm by Bruno.  After spending time as a stay at home mom and farm wife she went to work at IGA in David City and in 1995 began working for the David City Post Office as a rural carrier associate.  Her initial routes included Linwood Route 1 and Bruno Route 2.  Before her retirement on March 31, 2016 she was the carrier for David City Route 2 and Bruno Route 1.

volunteered in the East Butler Public Schools, Blue Valley Com. Action, and also an avid genealogy researcher being a member of the Butler County Genealogy Society.

She was preceded in death by parents, Mr. and Mrs. James Roubal and mother and father -in-law, Mr. & Mrs. James Stara