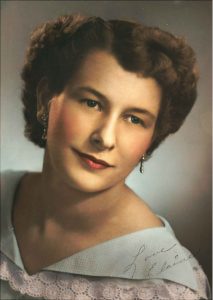 IT WAS ELAINE'S WISH THAT FRIENDS AND FAMILY GET TOGETHER

FOR A TIME OF REMEMBERING AND CELEBRATING HER LIFE.

THE FAMILY WILL GREET FRIENDS AND FAMILY ON SATURDAY, MAY 28, 2016

AT KRACL FUNERAL CHAPEL IN SCHUYLER FROM 2-4 P.M.

A LIGHT LUNCH WILL BE AVAILABLE AND AN INFORMAL SETTING FOR

In lieu of flowers the family suggests memorials for future designation

Elaine A. Vrba was born August 17, 1932, in Howells, Nebraska to Fred and Mary(Evert) Pieper.  Following graduation from high school she married Charles Vrba on February 11, 1953, at the St. Mary's Catholic Church of Tabor, southeast of Howells. They lived and farmed north of Schuyler and Elaine was a true "farmwife" and homemaker.  she also had worked at Don's Bakery, Didier Grocery and did catering with her sister, Joan Brichacek.  In December of 2014, Elaine and Charles left the farm and moved to David City.