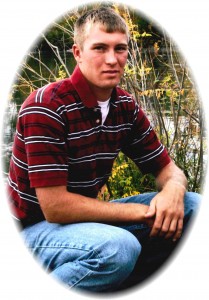 Jason, 24, of Schuyler,  died Tuesday in a motor vehicle accident northwest of Schuyler.

Jason Saalfeld was born April 2, 1992, in Columbus, Nebraska to Don and Linda(Fendrick) Saalfeld.  He graduated from Aquinas High School in 2011 and studied carpentry at Northeast Community College in Norfolk for two years.  Jason was living in Schuyler and working with his dad at Saalfeld Construction.  He loved working, mowing, tinkering around and hunting pheasants.  Jason loved his family and was always willing to help out.  He would do anything he could to help others

He is survived by his mother. Linda Saalfeld of North Bend, father, Don Saalfeld of David City, three brothers, Steven of Davenport, Iowa, Michael and his wife Holly of Omaha, Craig and his wife Alex of Seward, grandmother, Lillian Saalfeld of Schuyler and many aunts, uncles, cousins and friends.

Jason was preceded in death by his grandparents, Adolph Saalfeld, Vincent and Ruth Fendrick.