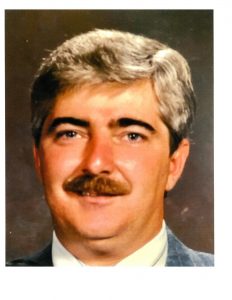 Service will be live streamed on Kracl Funeral Chapel Facebook Page at 1:00 P.M.

Visitation noon until time  of service

Committal with Military Honors at the Schuyler Cemetery following the service

Jim was born August 27, 1956, in Schuyler, Nebraska to Richard and Monica (Tschantre) Pickhinke.  He graduated from Schuyler High School and served in the United States Marine Corps and was active with the American Legion.  Since 2012, he lived in Elberton, Georgia where he oversaw the maintenance at Camp Harmony and supervised special events.  He was also the maintenance supervisor at Bubba Foods.  Jim loved fishing, bowling and racing fast cars.  He was once a driver but in recent years, just a spectator.  He was a hardworking family man and loved to make everyone laugh.