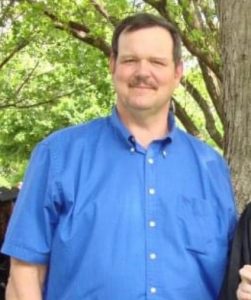 Visitation Sunday 2-5 P.M. with Sharing of Memories at 5 P.M.

Memorials in care  of the family for future designation

Jerry was born July 11, 1956 in Schuyler to Leo and Mildred (Renner) McNally.  He graduated from Schuyler Central High School in 1974, where he was a great athlete, especially in basketball and track.  He was State Champion in the shot put his senior year.  He attended Doane College.  On October 6, 1979, he married Judy Kroeger at St. Augustine's Catholic Church in Schuyler.  Together they had two children, Ashley and Brett.  They lived in Schuyler where he worked for Mel Sahs and then forCargill for over 33 years, retiring in July of 2021.  Jerry loved the outdoors, especially hunting with Brett.  He had started duck hunting again and spent many hours at the island mowing, working on projects, cutting wood and enjoying the cabin with his family.  He loved going to garage sales, auctions and taking day trips to nearby towns to check out their shops and restaurants.  He was very handy building and fixing things, even if he wouldn't admit it.