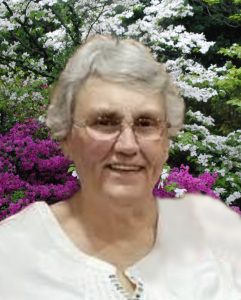 Lenora Marie Stuckenschmidt was born April 4, 1944, in Omaha, to Leonard and Lois (Sievers) Blumer.  She graduated from Benson High School.  On September 22, 1962, she married Leslie Stuckenschmidt in Millard. They lived in Omaha and Nora had several jobs over the years.  In 2006, they moved to Schuyler where she was very active in her church and the community.  She served as treasurer at Trinity Lutheran Church and  also for the VFW Auxiliary.  Nora loved playing cards and visiting at the Colfax County Senior Center.  Her greatest love was family and she enjoyed life, was quite funny and had a beautiful spirit.   She was a good cook and her children have fond memories of her German pancakes.  She had a love of drag racing and often wrote stories and poems.