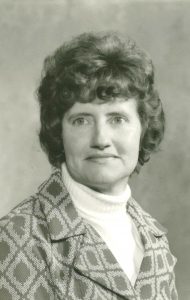 Jeanette Rose Schmid was born September 6, 1933 to Alfred Sr and Frieda (Rohweder) Gossman. She attended Columbus District #71 Grade School. She married Lawrence Schmid on August 13, 1951 in Marysville KS. They lived in the Silver Creek area and moved to rural Bellwood in 1961. Jeanette moved to David City in 2011. She was a beloved farm wife helping Lawrence on the farms for almost 60 years. Jeanette was a devoted mother, grandmother, and great grandmother. She was kind, giving, compassionate, and always ready to help her family.

She had a green thumb with her vegetable and flower gardens. Jeanette loved to crochet afghans , doilies and much more. She was a participant at the Columbus farmers market for many years as well as the Omaha farmers market at Aksarben Village. Her produce, baking, and handiwork was enjoyed by many shoppers.

Jeanette enjoyed golfing at Van Bergs and Elks golf courses. She was a very good golfer, self taught,  winning several trophies. Lawrence and Jeanette enjoyed traveling and became snowbirds later in life. They spent many winters in the south. Lake Havasu City, AZ was their winter home for many years.

She helped at the John Deere dealership RLD INC in David City which was co-owned by Lawrence for over 35 years. She did bookkeeping and billing among other work.

Jeanette is survived by:

Jeanette was preceded in death by:

Jeanette requested no visitation. A private family service will be held at a later date