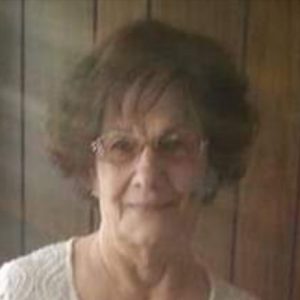 Visitation Saturday 9:30 A.M. at the church

MaryLee was born November 17, 1936, in Howells, Nebraska to Joseph and Katherine (Bocian) Hejhal.  She attended area schools and graduated from Howells High School.  In October of 1956, she married George Nelson.  Together they had 7 children.  In May of 1987, MaryLee and Adolph Jindra were married and made their home in Schuyler.  MaryLee worked for 35 years caring for persons with Developmental and Intellectual Disabilities.  Spending time with her family was her greatest pleasure.  She loved children and often said, “The greatest sound in the world is your child’s laughter.”  MaryLee’s eyes beamed with happiness and her smile widened with each addition to her very large family.  She wasn’t just motherly to her family but to many people that had the honor of knowing her. People describe MaryLee as beautiful, amazing, wise, patient, caring, loving, hard-working, supportive, tender, gentle, honest, funny, responsible, selfless and giving.  She loved working in her flower beds.  She enjoyed antiques and finding treasures at thrift stores and yard sales.  She loved all of God’s creatures.