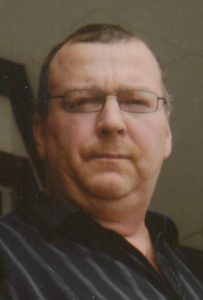 Jim's request was everyone dress casual!

James was born February 3, 1967 in David City to Emil and Patricia (Cavett) Kouba along with brothers Emil D. and Dan and sister Teresa.  Jim lived his entire life in Butler county and graduated from David City High School in 1985, where he received honors in football, track and FFA.   Jim was married December 6, 1986 to Susan Kastle  and 3 children, James, Rebecca and Amanda were born to this union.  Jim later married Rita Booze on May 25, 2013 and gained a step daughter Sarah.  James and Rita spent over 24 years happily together.

James enjoyed camping, fishing, hunting, football, racing stock cars and showing his show cars, a 1969 yellow Ford Mustang and a 1958 Ford Fairlane.  He worked for over 35 years at Timpte in David City, where he enjoyed working with his friends which he considered his 2nd family.  Jim also enjoyed spending time with his children and grandchildren.  He just enjoyed having fun in life.

Jim started his fight in February of 2013 with stage 4 metastatic melanoma.  He stayed upbeat by keeping his sense of humor and enjoying life.  His work buddies were a big part of his strength.