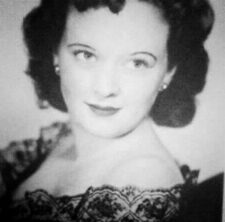 Merlene was born July 20, 1932, in Maywood, Missouri to Elmore and Frances (Wood) Thayer.  After High School she married Harold Crossfield on November 28, 1950, in Grand Island.  Harold died on April 12, 1986.  On July 13, 1991, she married Bob Marsh.  He died November 29, 2018.  Merlene grew up in Hastings and after marrying Harold, they lived in Schuyler, raising their two daughters.  In 1990 she returned to Hastings until moving to Rogers to live with her daughter, Karen.  She had a great sense of humor, loved to dance, roller skate and jitterbug.  Her daughters  said she had an "unbelievable"  love for her grandchildren.  Merlene was a meticulous housekeeper (clean freak) and enjoyed doing laundry and yard work.