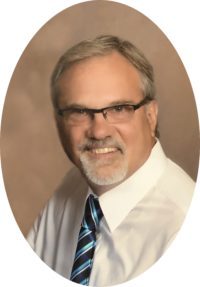 There will be no lunch

Larry was born April 17, 1956, in Seward, Nebraska to Ernest R. and Olga M.(Svoboda) Janak.  He attended and graduated from Aquinas in 1975 and Southeast Nebraska Community College in Milford in 1976.  On May 19, 1979, he married Lori Vidlak at St. Mary's Catholic Church in David City.  Larry lived his entire life on the "homeplace".  He worked at several agriculture implement dealers, Rehmer Auto Parts and finally for the Butler County Hiway Department until retiring in 2019.  He loved the outdoors and raising cattle, spending alot of time fixing fence.  He enjoyed Country Western dancing, camping and most of all family time spent with the grandchildren. His hobby was collecting Allis Chalmers tractors.  Larry was a member of St. Francis Catholic Church, a First Degree Knight and had served as Lector and Acolyte in the church.