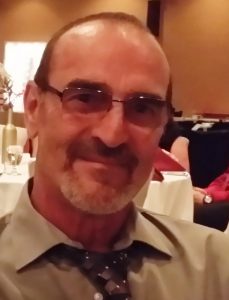 Lunch in the Fellowship Hall

Committal in the Clarkson Cemetery

David was born April 12, 1960, in West Point, Nebraska to Joseph and Martha (Tomasek) Pycha.  He attended Clarkson schools and graduated from Clarkson High School in 1978.  On September 29, 1984, he married Annette Novak in Schuyler.  They had two sons and later divorced.  Over the years, David worked for Husker Coop, the City of Columbus, had owned and operated D and A Transfer in Columbus, and later worked at Bomgaars, Arkfelds in Norfolk and Menards in Columbus.

He was preceded in death by his father, Joseph Pycha and a nephew, Zachary Cech.