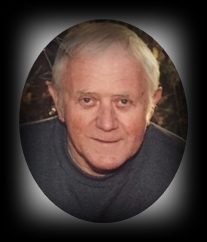 Larry was born August 31, 1946, in David City, Nebraska to Ermine and Celestine(Soukup) Chmelka.  After graduating from high school, he earned an Associates Degree at Milford Technical School in mechanics.  Larry served in the United States Air Force from 1967-1971 and was a member of the Air National Guard for many years.  On May 18, 1971, he married Donna Smitherman in Mobile, Alabama.  They lived in Bruno and Larry worked as a mechanic for several car dealers including Wigington Chevrolet in Schuyler and recently retired from the Metro Group in Seward.  He raced stock cars when he was younger and enjoyed bicycling and searching the internet.  Larry also loved to help his children remodel and enjoyed all kinds of handy work.  He was a member of the Brainard VFW and St. Anthony's Catholic Church in Bruno.

He is survived by his wife Donna of Bruno, daughter Kristin Chmelka of Lincoln, son Nicholas(Betty) Chmelka of Unadilla, granddaughter Calleigh Chmelka, one sister Deborah(Sid) Gaeth of Columbus and a brother, Douglas Chmelka of Prague.  He was preceded in death by his parents, infant son Christopher, sister Lynn Novotny, brother David Chmelka and his mother-in-law Sarah Smitherman.