John Kirby, 75, of David City, died on his birthday, May 30th at david place in David City. 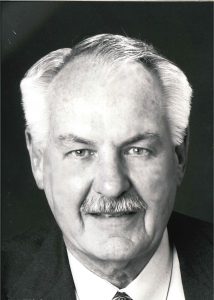 John was a very generous man and in keeping with his wishes, memorials may be directed to the family for designation to John's favorite charities, in lieu of flowers and plants

Casket will not be open at the church

John Patrick Kirby was born May 30, 1942, in David City, Nebraska to Jerome and Edna(Oltman) Kirby.  He received his education in David City and graduated from St. Mary's High School and earned a Master's Degree from the University of Nebraska in Lincoln.

John was a beloved husband, father, grandfather, teacher and coach.  From a young age, John was grateful for the opportunity of an education and the blessing to participate in sports.  He was inducted into the Nebraska High School Sports Hall of Fame as an Athlete in 2005.  He earned a scholarship to play football at UNL where he earned his Bachelor's Degree in biological science and physical education.  He then played professional football for seven years with the Minnesota Vikings and New York Giants.

After his football career, he returned to Nebraska with his wife Mary Sue(Carlson) Kirby to raise their family while he taught at David City Aquinas High School and coached football and track.  During this time he returned to UNL and earned a Master's Degree in education.  John had also served in the National Guard and retired after 27 years with Vishay Dale Electronics in Columbus.

John enjoyed running road races as a hobby in his 60's through the end of his life.  He was a running regular who kept a modest pace at several area "fun run" races.  Though he would often earn a medal for placing in his age group, he most appreciated the relationships, exercise and fellowship with friends and runners.  He had a love for computers, science and reading-always non-fiction.  He could teach you about the science behind today's latest technological developments, if he kept your attention long enough.  John continued to learn and to teach throughout his life and his lessons will be lovingly remembered forever by all of his family, friends and students.