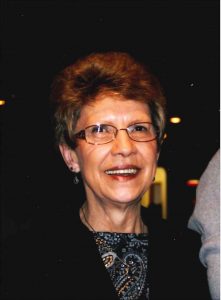 Visitation Friday from 4-7 P.M. at the chapel

Donna was born December 27, 1946, in Columbus, Nebraska to LaVerne and Dorothy(Bauman) Thalken.  She attended school in Leigh and graduated from Leigh High School.  She worked at D&L/Camaco for 40 years.  On January 20, 2001, she and Kenneth Bolton were married in Columbus.  They lived at "the cabin" south of Richland.  Donna enjoyed horseback riding, the Leigh Saddle Club, "junk jaunts", craft shows, gardening and caring for her dogs.  She especially loved attending the events of her grandchildren.  She was  a member of St. John's Lutheran Church in Leigh.

She was preceded in death by her parents and a brother, Dean Thalken.