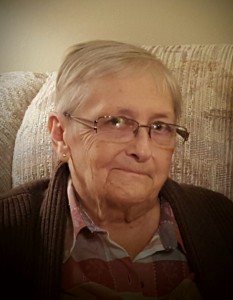 The family has established a memorial fund in lieu of flowers.

Checks payable to the Terrell family may be sent to

Patricia “Pat” Terrell was born July 7, 1942 in Wagner, South Dakota, to Clyde and Priscilla (Westendorf) Sparks. She attended school in Armour, South Dakota and later attended Sioux Falls Beauty School.  On January 27, 1962, Pat was united in marriage to Tom Terrell in Ft. Pierre, South Dakota.  Tom and Pat have lived in David City since 1972, and enjoyed spending the winters in Yuma, Arizona.  Pat worked for 35 years at St. Joseph’s Villa in David City. She always enjoyed spending time with her family and her friends at the villa.

Kracl Funeral Chapel of David City in charge of arrangements.