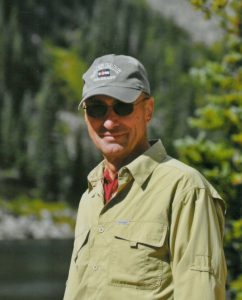 Lynn married Sherril Stryker on September 20, 1964, in Rising City, NE.  The couple moved to a house in town and an began building their life together.  Lynn worked with his father, Stuart, and Sherril worked at a bank in Columbus, NE.    In 1967, they started their own farming and livestock operation, moved to the Pinneo farmstead and began renting the Stryker land.    Lynn and Sherril had 2 children, Lori was born in 1967 and Todd in 1969.

As a young boy, he enjoyed farming, horses, cattle, and teasing his sisters.   He loved playing cowboys and Indians, jumping out of trees onto his horse.   Family time was very important to the Pinneo family, spending many weekends with the Rising City saddle club.

During the course of his near 60-year farming career, Lynn was a lifelong member of Immanuel Lutheran Church, Rising City, a seed dealer and an associate board member of Farmers Coop Shelby, NE.

Lynn and Sherril enjoyed traveling and being adventurous.  They enjoyed motorcycle trips, snow skiing, water skiing, hiking and camping in National Parks and following their kids and grandkids activities.  But most of all, he loved farming and fixing things… machinery, fences, buildings, and even fixed curtain rods for his grandkid’s college dorm rooms.  He had a perfect tool for every job imaginable, most were kept in his favorite black work truck.

Lynn was a man of quiet integrity and his steady demeanor was the foundation for his family.   Although, he really liked to have fun and joke around.  One of his favorite things to do was create a Halloween haunted entry way at the house.   He and Sherril would stop harvesting to build it, then scare the grandkids and any neighboring kids who were brave enough to come over.

Lynn will be remembered as a devoted husband, incredible father and grandfather, and a friend to all who were blessed to meet him.  His passion for farming was matched only by his dedication to and love for his family.

Lynn was preceded in death by his parents, Stuart and Aurelia Pinneo; father and mother-in-law, Harold and Cletas Stryker; granddaughter Kiann Pinneo; and brother-in-law, Ralph Voith.