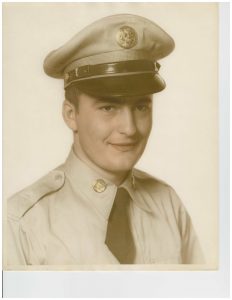 In Lieu of flowers, plants and statues memorials in care of the family for future designation

Delmar was born in David City,  August 12, 1937, to Fred and Sophie (Dobesh) Polacek.  He attended Rising City Schools and graduated from Rising City High School.  Following service in the United States Army, he married Evelyn Critel on April 18, 1959, at St. Joseph's Catholic Church in York.  They lived on the family farm and Delmar farmed his entire life.  He was an avid reader and loved to keep friends and family "informed", sending them reading suggestions pertinent to their particular circumstances.  He and Evelyn enjoyed square dancing and attending all activities of their grandchildren.  Delmar loved his grandchildren and was anticipating the birth of two great-grandchildren in August.  He was a member of Sacred Heart Catholic Church and the Shelby American Legion Post # 296.

Delmar is survived by his wife, Evelyn of Surprise, son Brian (Traci) Polacek of Sac City, Iowa, daughter-in-law Judy (Rob) Formanek of Bennington, three grandchildren; Casey (Beka) Polacek, Jenna (Vince) Colletti, Will Polacek and Annie Henry and two great-grandchildren on the way.  He was preceded in death by his parents, son Michael Polacek and sister and brother-in-law Selma (Dwaine) Schmit.