David Parsons, 78, of Plattsmouth, formerly of Schuyler, died Friday, July 9, 2021, at the Masonic Home in Plattsmouth. 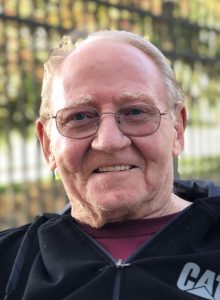 Committal in Schuyler Cemetery with Military and Fire Department Honors

Dave was born July 13, 1942, in Sidney, Nebraska to Alvin and Marjorie (Newton) Parsons.  He graduated from Dumas, Texas High School.  On May 8, 1964, he married Mary Plein.  Dave served in the United States Army from 1964-1967.  They lived in Texas and Louisiana, moving to Nebraska where they lived in Aurora, Norfolk, Ainsworth and finally to Schuyler  in 1973.  Dave worked as a mechanic at Wagner Mills for 17 years and GM Express for 17 years.  He was a life member of the VFW, First Presbyterian Church, the Masonic Lodge and served on the Schuyler Volunteer Fire Department for 40 years, 13 years as Fire Chief.

He was preceded in death by his parents, wife Mary (2019) and two sisters, Diana Parsons and Carolyn Foster.