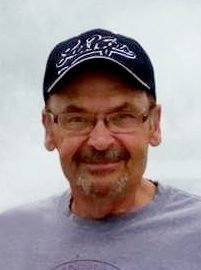 IN LIEU OF FLOWERS,PLANTS AND STATUES MEMORIALS MAY BE GIVEN IN CARE OF THE FAMILY FOR FUTURE  DESIGNATION

Terrence Louis Spale was born on May 29, 1950 in Columbus, Nebraska to Joseph and Bridget (Tajchman) Spale. He attended Schuyler Grade School and graduated from Schuyler Central High School in 1968.  He was employed at Excel for nearly 30 years before he purchased Terry’s Drive In Liquor for 10 years. He has worked for Schuyler Public Schools for the past 12 years where driving a bus and helping out at the school was a highlight of his day. He loved taking his grandkids on bike rides for ice cream and Dr. Pepper. Being a Grandpa was one of his favorite things in the world. He was a member of Divine Mercy Parish, St. Mary’s Catholic Church. Terry is survived by his wife Sherri (McDonald) of Schuyler, 2 children; Christopher (Jill) Spale of Columbus, Dawn (Zack Smith) Spale of Pittsburgh, PA, 5 grandchildren; Harper, Cooper, Melody, and Mila Spale of Columbus and Wyatt Smith of Pittsburgh, PA, two sisters; Patti Svoboda of Ashland, Judy (Leonard) Svoboda of Omaha, two brothers; Fred (Pam) Spale of Fremont, Duane (Janet) Spale of Grand Island and many nieces and nephews. He was preceded in death by his parents and five brothers; Don, Gerald, Joe, Kenny, and Tom.