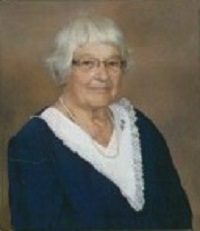 Family requests Memorials in Lieu of flowers to david place

Volunteering involved various children’s activities with Girl Scouts, Boy Scouts, 4-H, DC Women’s Auxiliary and PCCW.  She offered her time overseeing the needs of other people with church, bingo, neighbors and being a friend in need.

She was preceded in death by her parents, husband Eugene, daughter and son in law Mary Ann (Paul) Day, and 2 brothers, Joseph and Robert.