Maurine McNally, 102, of Pacific Springs Villiage in Omaha, formerly of Schuyler, died Sunday, January 12, 2020, at her residence in Omaha. 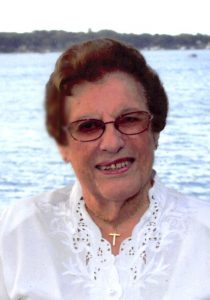 Maurine was born December 12, 1917, in Schuyler to Oscar and Amalie (Miller) Ernst.  She graduated from Schuyler High School and attended Wayne State Teacher's College.  On June 23, 1939, Maurine married George E. McNally in Seward.  She lived her entire life in Schuyler.  Maurine was a homemaker and member of Trinity Lutheran Church where she served in the Ladies aid, Lutheran Study Club, Schuyler Historical Society and was a long time member of the Schuyler Hospital Auxiliary. One of her grandchildren said  "great-grandma, you're amazing" and that describes her best.  Her faith was very important to her and she will be deeply missed and in our hearts forever.

Surviving Maurine are her two daughters; Sylvia (Dean) Jenkins of Omaha and Susanne (Tom) Means of Wisconsin, 8 grandchildren and 14 great-grandchildren.  She was preceded in death by her parents, husband, two sisters, Clara Schultz, Edna Tindall and a brother, Walter Ernst.