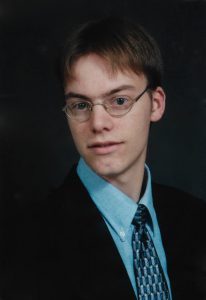 Daniel Cogdill was born May 4, 1982 in Council Bluffs, Iowa to Terry and June (Johnson) Cogdill.   He grew up in Schuyler and graduated from Schuyler Central High School in 2000.  He later attended Central Community College and earned an associate degree.

He was preceded in death by his grandparents William and Maxine Cogdill.