Patty A. Armstrong Lawrence, 87 of Milford, formerly Arizona, died October 24, 2019 at her home in Milford. 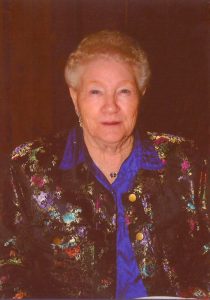 Visitation 9-11:00 A.M.  Lunch at the chapel, following the service

She was preceded in death by her parents, two husbands, Everet and Fred, grandchild Leo and many other family members.