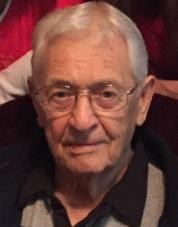 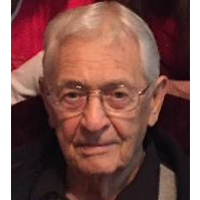 Send your condolences to the family of:Richard

Your condolences and memories will not be displayed on this site.

They are shared only with the family

Richard was born Ocotber 16, 1923, in Ulysses, Nebraska to Cyril and Ida Rose(Pospichal) Humlicek.
He graduated from David City High School and enlisted in the United States Army. While serving his
country, Richard married Betty Jean Wilson in Virginia Beach, Virginia on December 22, 1943.
Following the war, they moved to David City where Richard ran the Butler County Produce Company
and later worked for the Butler County REA as an accountant. He delivered Meals on Wheels for
many years, loved spending time with the children and grandchildren, and enjoyed playing pitch and
bridge. He was a member of the church, David City American Legion and had served on the David
City Volunteer Fire Department.